I was chatting to someone about mountain biking yesterday, partially with a view to get people over to my luxurious property in Spain. Well it is closer to paradise now I have electricity, even if I will have to pay for it. As I live on a hill I could mark out a one km downhill track and there are plenty of circular routes between 10-20km. Naturally I would need to make sure I had plenty of water for showers but I have a spade and imagination. Apparently many people take their cycles abroad, just not as carry on luggage, hard to fit in the overhead locker.

Now strangely, for the second time, I requested advertising rates from a magazine and they haven’t bother to reply. Is it me, or something nobody has told me? I mean, it is bad enough when rain clouds follow me around, but ignoring all my attempts to get fresh business, that must be paranoia.

the advantage of having a blog that nobody visits is you can rant and rave to your heart’s content and not offend anyone. Except the only person being offend at the moment is me. I realise that women are from Venus, and the two relevant planets are something like a hundred million miles apart, sometimes it is quite obvious. I am not sure how much astrology actually affects is, emotionally, I am a Taurean, whatever that means. Still I am far too emotional, not to mention sensitive. I told you not to… Too late. Let me ask you all a question. What is more soul destroying ?

Having the love of your life say she doesn’t love you, or saying that you do not, and never have given a shit for her, let alone loved her? Well as I have now been totally emotionally castrated I know without a doubt. Anyway, we had a battle the other day, a three way with two other camera clubs. I know when two judges look at the same print they will score it differently, what I object to is when an image that has scored 20 in front of three different judges gets 17. Hang on that isn’t the offensive bit, 17 was also given to a bland, lifeless, confusing image with no story, creative content, or interest. Luckily I don’t have the dull print on my iPad.

Right, enough gloom. What do you call a Frenchman with an iq of 144?

that was the motto for the Ford model T.  Well I can’t imagine what it is now? How about as long as you pay through the nose.

Not that long ago I had to scrap a Ford Mondeo. After trying to solve a problem about an intermittent engine fault the garage decide it needed a new fuel pump. Only as it was expensive and inside the engine it could cost a grand, more than the value of the car. I started my motoring with a Mini, when I had a clutch slave cylinder problem it was a couple of quid for new rubber seals. Well now I have the same problem on my Transit. Bearing in mind that it came out of the factory with rust pre installed and various other flaws I didn’t imagine a new slave cylinder would be a problem, even if I couldn’t just do the rubber bits.

Thank God for the Internet, I have got it down to £350. Only what will go wrong next? OK Ford’s are ten a penny so they can be initially cheap, but long term? Perhaps a Bentley van next time would be more economical.

I suppose a blog is a little like a marriage, you need to nurture it every day to help it thrive. In sickness and in health until death do you part. Well I have been struggling with the sickness bit. Last week, Monday evening, I was at camera club and some selfish sod kept walking outside when he became immersed in a coughing fit. Obviously it did not reduce the amount of bugs he was pouring into the room. I didn’t go last night, I have a sense of moral wellbeing, so I don’t know how many people fell foul of nasty microbes. It could have been worse, i could have been sitting in bed all the time, shivering and repeating the words, G’day Bruce. Aussie flu obviously. I have had to apologise to Barbara, my significant other, as while slaving over a hot stove I managed to loose control of a couple of germs which she may have inhaled. Thankfully they have not yet overwhelmed her immune system.

there once was an pregnant Jew,

who caught a dose of the flu,

As she prayed for her child,

the symptoms were mild

or was it the gin in her brew. 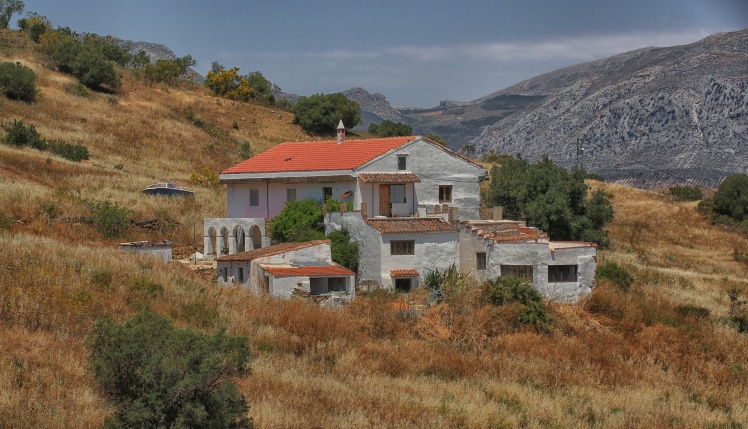 This is my place in Spain, I am trying to get guests by promoting it on Airb&b.

I have had a couple of enquiries, only the site says £36 per night yet does not change if I bump it up to six people. Now is it the potential customer who is being greedy, expecting to get the whole place for the price of a single? Or the site who wants to get thousands of customers because they are conning every one. Personally I would query the fact that the price remained constant. Other sites, say Trivago,  calculate the final price per person. Surely Airb&b are not so stupid as to image a host could do  b&b for a fiver a night!

One thing I love about creating fiction is that you can have fun. During the meaning of fingers on a keyboard Prince William married an alien, Prince Harry became King and put parliament in its place, and I introduced the concept that God has a sense of humour. I admit that is unlikely, mainly as I am an atheist, but suggesting that Charlton Heston wrote a new set of commandments to try and get the planet on track does have a certain ring to it.

At the moment I am resolving the dilemma of childhood, the one that should have been, rather than the one that never happened. Only it isn’t always a good idea dwelling on the past. However, as the characters are fictitious, more or less, I can reveal to all the world. Or at least those capable of reading between the line that my older sister was a right bitch. My quandary at the moment is whether the most evil character, my first wife, aka the whore of Babylon should have her name changed. After all, on the off chance she ever saw any text it might make her think. No, she was a heartless cow, animals that low down the food chain can’t apply reason.

It was fun in another novel when a guy was out walking with a friend and met his ex wife. When the hero says, you remember Dawn, he says, yes, if it wasn’t for her being such a bastard you wouldn’t be a millionaire.

A pity I can’t see that on my horizon.

as I failed to escape to Spain yesterday, partially because the bed it the van is soaked because condensation has been dripping from the roof, I am back grasping for straws. I am doing a little revision on a manuscript as I am not quite read to start a larger project yet.

i do have a few in my head but the bogey man keeps putting me off.

Anyway, I have to get some images sorted for Tuesday if I want to keep on the ball.

That was the answer to the riddle, just in case anyone was curious.

Not that there is anyone out there.

So, at the moment the wicked witch of the North and West is driving me insane. Not difficult for someone with a degree in mental cruelty. I may or may not make it through the night, at least without driving back to Spain. Only it might be worth booking a ticket on the ferry as the van doesn’t float.

If I was a recognised author I could make a fortune writing all my tribulations down, only I am not quite sure over the title. 50 ways to leave the planet or 50 ways to conceal a body from the police. Only the second title is suspect as I have never struck anyone in my life. Except a couple of times it self defence, and I wasn’t very good at that anyway.

I have just had a thought, how do you do a daily blog without the Internet? When I go back to Spain, which may well be sooner than intended I do not have access to the web unless I sit outside a cafe hich has wifi. A bit of a bummer.

well, and I have four of those in Spain, let’s hope I can grit my teeth and smile a little longer.

A blind girl goes on a blind date with three blind men. What does she get?

I imagine you heard about the man who dreamt he was eating a giant marshmallow and when he woke up he couldn’t find his pillow! Well how about the guy who dreamt he was a Romam centurion way back when. In his reverie he was responsible for crucifying Jesus, not the most common of scenarios. No doubt if he were religiously orientated it could have been seriously depressing. When he woke up the dog was barking, it obviously wanted to go outside. Only when he opened the front door his wife was nailed to the outside. Naked. There were quite a few people in the street, so,e were on their knees, genuflecting, others filming with mobile phones, well without a stitch of clothing it would probably go viral rather quickly. Obviously he called the emergency services immediately and managed to find a hammer so by the time the ambulance arrived he had he inside, on the carpet.

It clearly wasn’t a good idea mentioning the images of the night but as he explained to the police, he had blood on his body from removing his wife from the torturous position. Although his fingerprints were obviously on the hammer, that may not have been the implement used, and anyway, at five foot four there was no way he could have held his wife, who was five inches taller, up to the door and crucified her without help, possibly from two other people.

Now we come to the interesting part, what actually happened? Was he involved in a group ambulatory dream? Was he drugged while asleep but sensed the event subconsciously? Was he still asleep? The police didn’t arrest him, he was too distressed to even stand, so no doubt they assumed he had slept through the abduction. Still, wouldn’t you like to know.

A pity this is where the narration stops then.